Before 1939, the city had developed a reputation as being the “Paris of the East” with it’s wide boulevards, grand buildings, fashionable Warsovians and a well developed culture scene. The city was to suffer more than any other Polish city during the Nazi occupation when the failed Warsaw Uprising infuriated the Nazi High Command to such an extent that they chose to obliterate Warsaw from the map. They didn’t succeed but they came very very close !

Over 85 % of Warsaw’s buildings were systematically destroyed by the Nazis-destroyed NOT damaged. The Nazis didn’t discriminate as new buildings as well as historical buildings such as the Royal Castle were razed to the ground.

After the war the entire country joined together to financially support the rebuilding of the nation’s capital with donations pouring in from both inside Poland and from abroad. 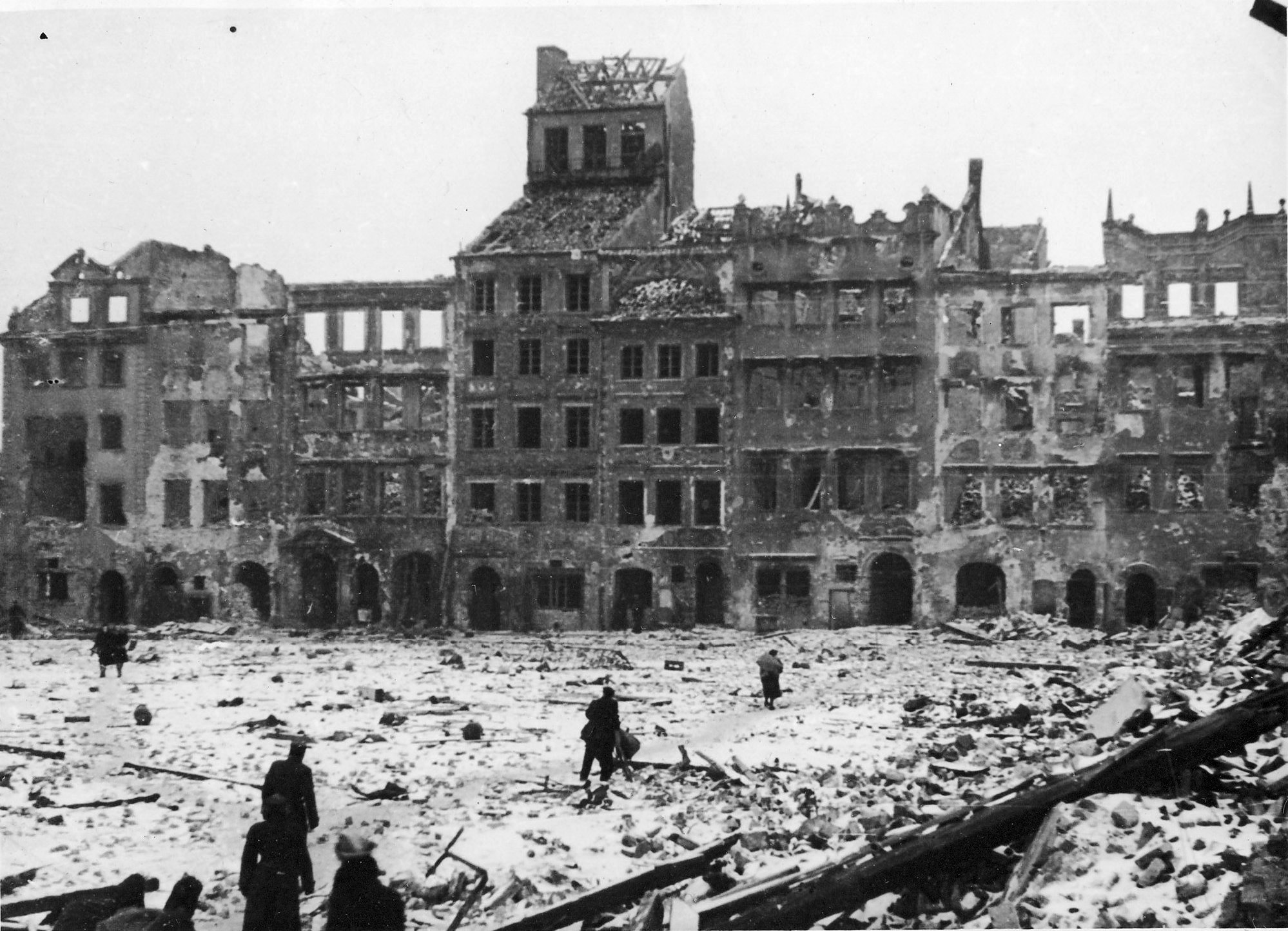 The old market square (Stary Rynek) is considered to be the centre of the Old Town. Medieval looking townhouses surround a charming square and in the middle of the square lies the city’s symbol, a mermaid with a sword and shield.

The square is wonderfully atmospheric especially in high season. Cafes spill out onto the square and it’s a great place to sit down and watch or listen to the street artists. 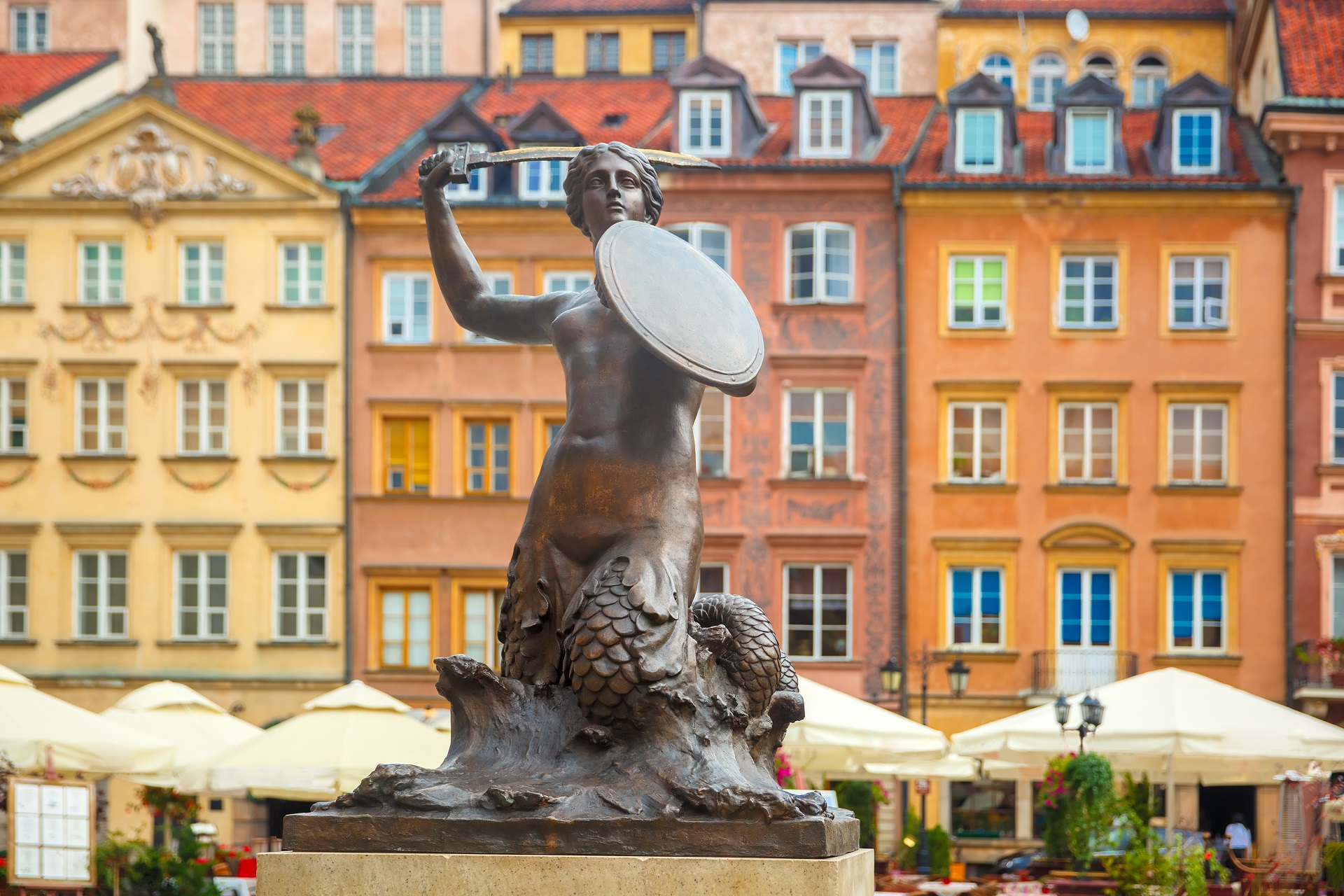 The Old Town (Stare Miasto) of Warsaw that you see today is mostly post-war construction. Using long lost blueprints and even old oil paintings the city was painstakingly recreated as close as possible to it’s original state.

Of course, most people will never have seen Warsaw before it was destroyed so when you look at the ornate buildings and facades you may as well be looking at the original and the fact that they are 70 year old recreations adds a certain poignancy to the city. The Old Town was listed on UNESCO’s World Heritage List in the 1980’s and is now one of Poland’s most popular tourist sights. 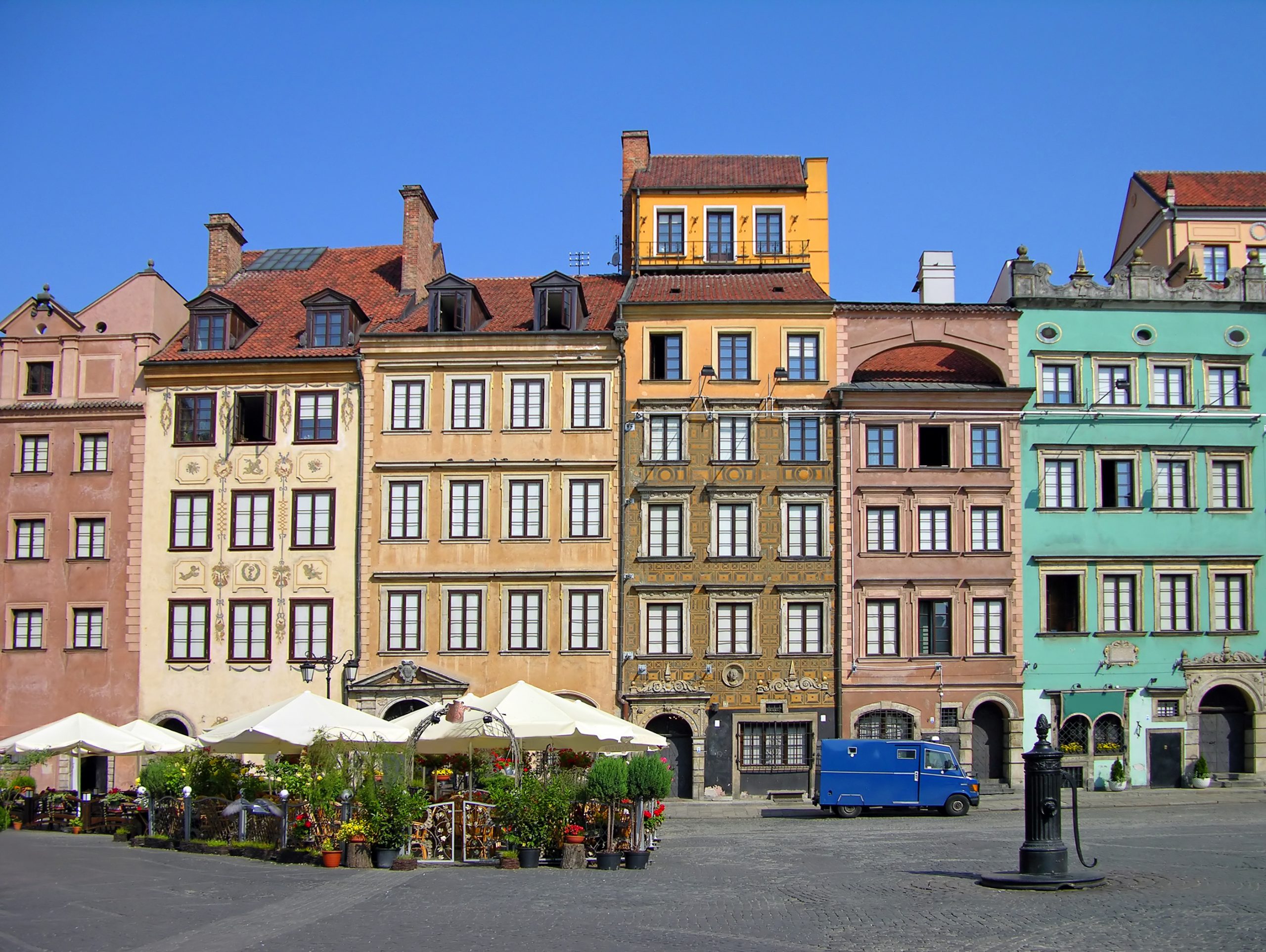 Only a short walking distance from the square is the Barbican, a medieval fortified gate (also restored after the war). It is also here that you will find the statue of the Little Insurgent, a memorial to the many children who participated in and died during the Warsaw Uprising.

Just outside the Stary Rynek is the Royal Castle (Zamek Krolewski). The castle/palace was used as an official residence for a series of Polish monarchs before the Nazis decided to reduce it to rubble. 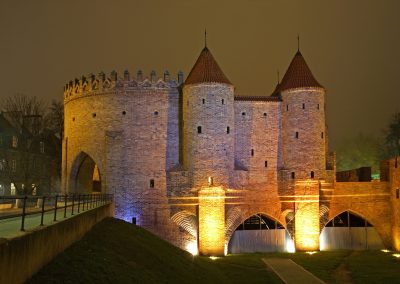 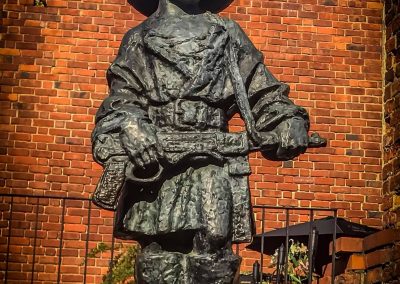 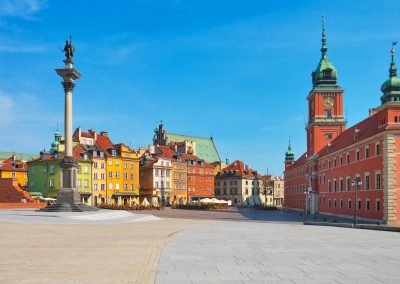 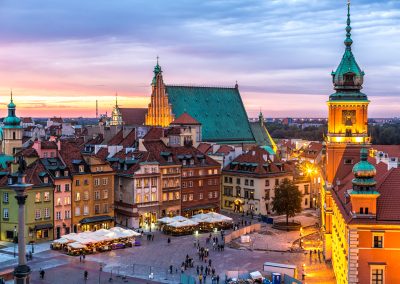 The palace was rebuilt and re-furnished thanks to the generous donations of thousands of Poles many of them in exile after the Communists has seized power.

Directly in front of the palace is the column of King Zygmunt. The column was erected in 1644 and at the time was the only memorial to someone who was not part of the clergy or connected in any way to religion. The column stood at the same site opposite the Royal Castle for centuries before it was levelled by the Nazis. The column had to be rebuilt but some of the ruins from the original column can be seen by the side of the palace. The figure of King Zygmunt is original. Although statue fell from the column during the Second World War remarkably it was not damaged. 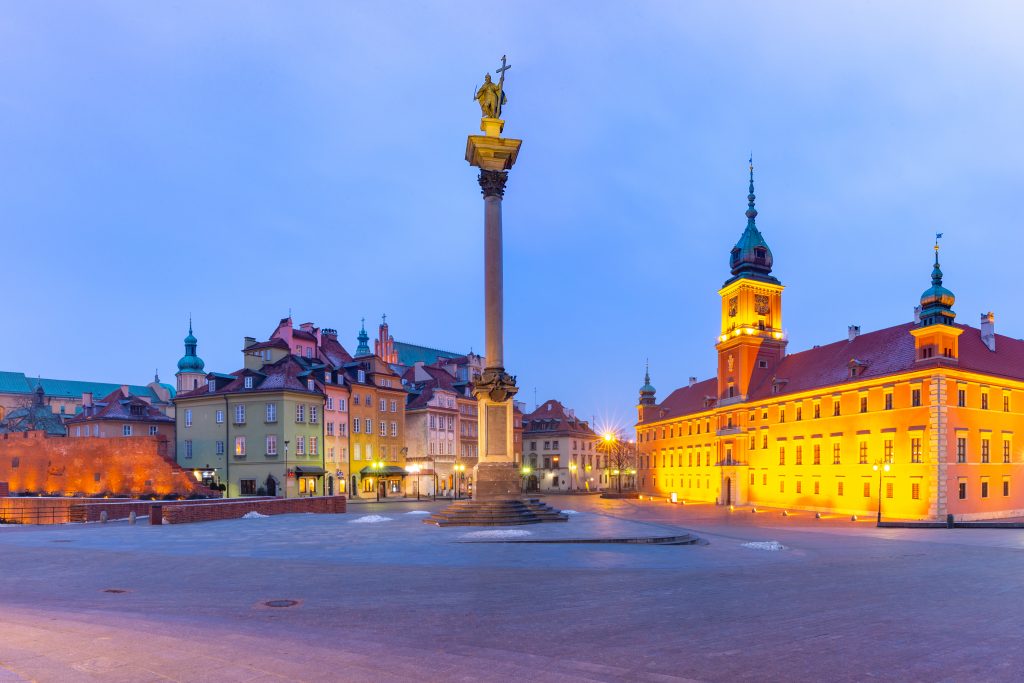 Further down you will find the Church of the Holy Cross where according to his wishes Chopin’s heart is buried. 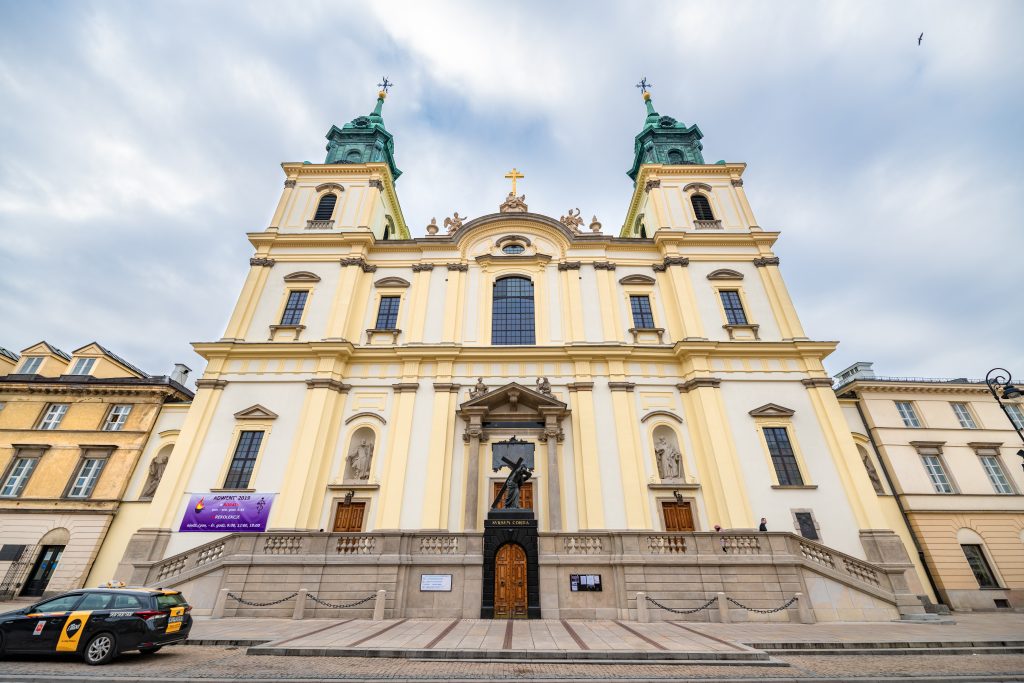