For many Poles Wawel is a symbol of their patriotism and heritage and at times has achieved almost mythical status especially during Poland’s turbulent history and decades of occupation but there is plenty to admire and see for tourists who do may not feel such a close bond with Poland’s history.

The imposing castle sits on top of Wawel hill overlooking the river Wisła (Vistula) where there has been a castle fortification since the 10th Century ! 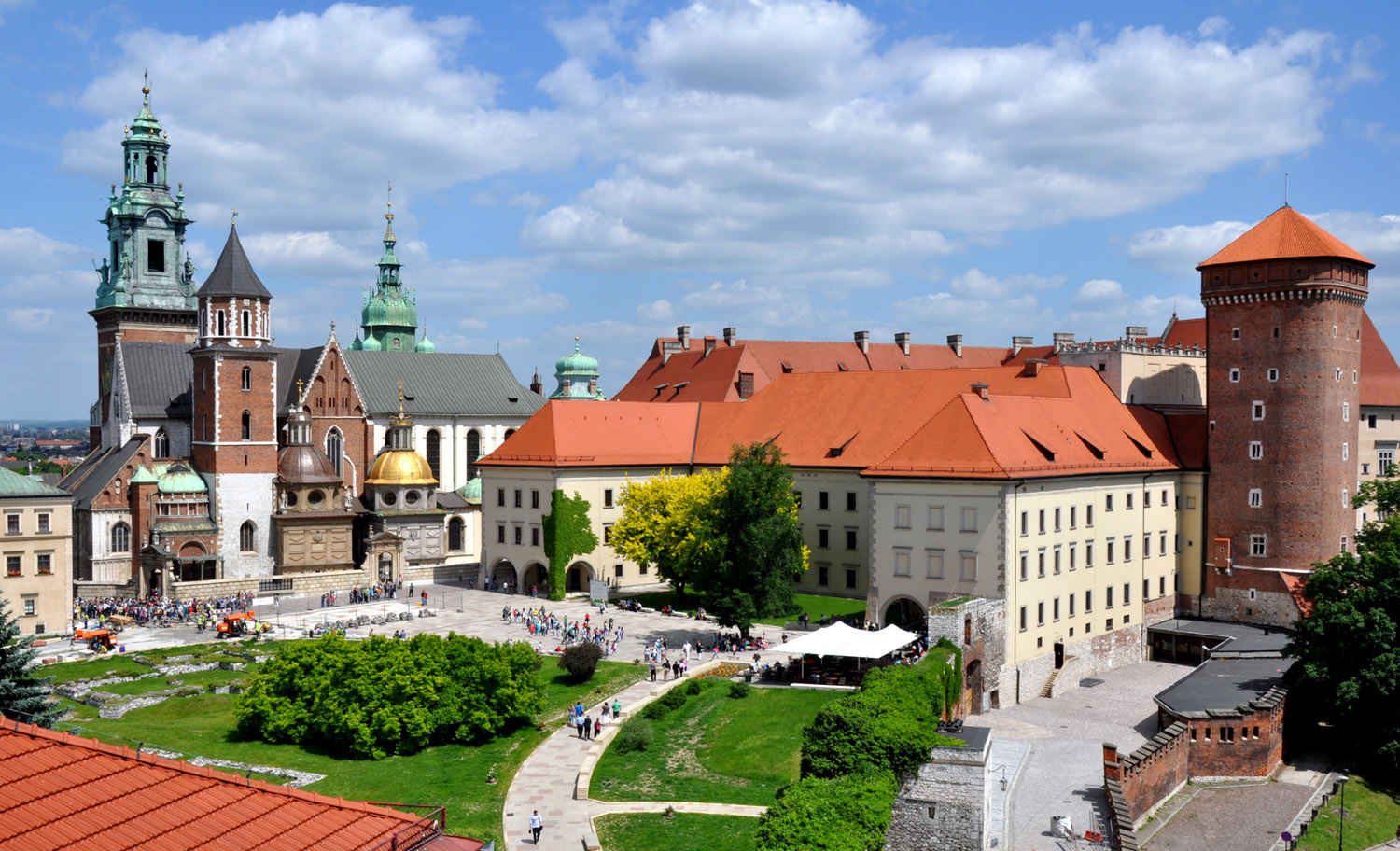 Over the centuries Poland and Krakow have been occupied by many different empires and countries and Wawel has had buildings erected and demolished over these years so today it’s quite a bewildering layout of extensions and courtyards with a mish mash of different architectural styles.

Wawel has been the seat of Polish politics for over 1000 years with dozens of Polish kings and queens coronated here and subsequently buried here too.

It’s difficult for the outsider to understand how Wawel has such a warm place in the heart of many Poles. Perhaps it is easier to understand if we remind ourselves that the Poles’ freedom has been challenged many times over the years, if not periodically extinguished completely. Wawel served as a physical reminder of Poland’s past glories and as a sanctuary from the realities of occupation but more importantly Wawel was a symbol of hope for the nation. 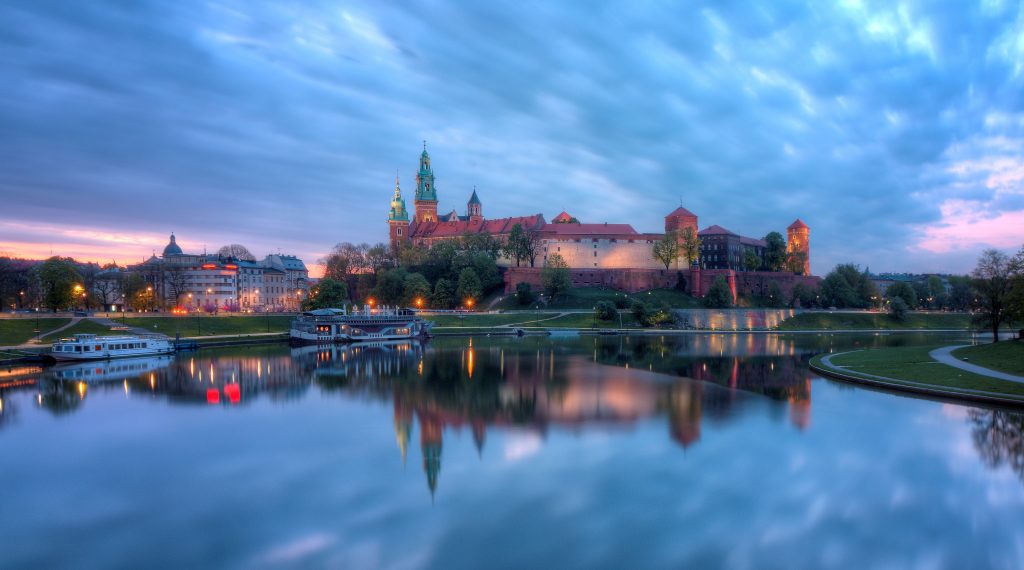 There is plenty to see at Wawel, in fact, it is one of Krakow’s most popular tourist landmarks. The castle’s own website provides full details on tours and prices.

Wawel cathedral forms part of the Wawel complex and as well as it’s connection to Polish royalty the cathedral is also the final resting place for many Polish national heroes.

Controversially, Wawel is also the resting place of President Kaczysnki and his wife who died in the Smolensk air crash in 2010. A politically divisive figure, many people argued that Wawel’s mausoleum should be reserved only for national heroes and royalty but the tide of public sympathy at the time persuaded the authorities to allow the President and his wife to be buried here. 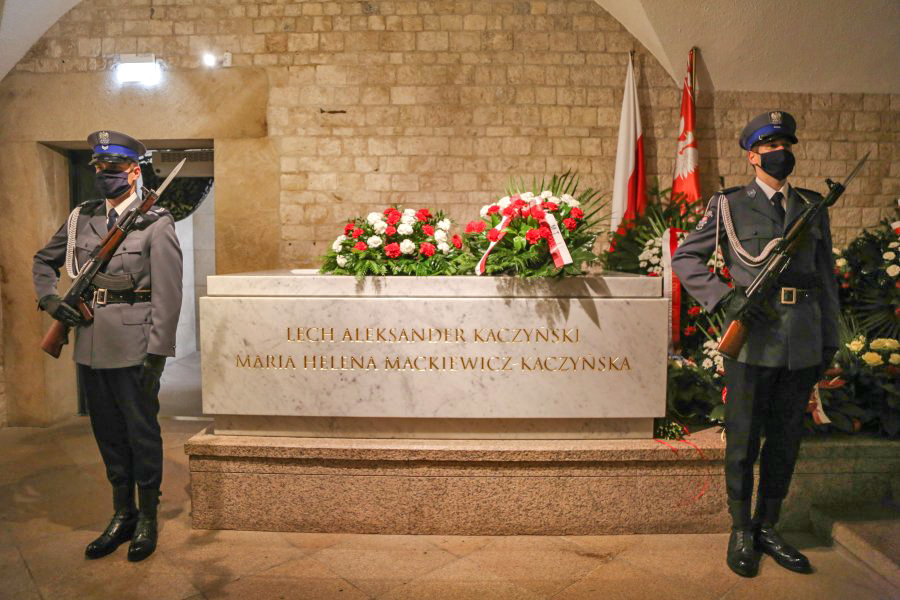 Climb the tower and you will come face to face with the Dzwon Zygmunta (Sigismund Bell). This enormous 11 tonne bell dates back to the 15th Century and is only rung on special holidays and occasions. Aside from the bell the view is also worth the climb ! 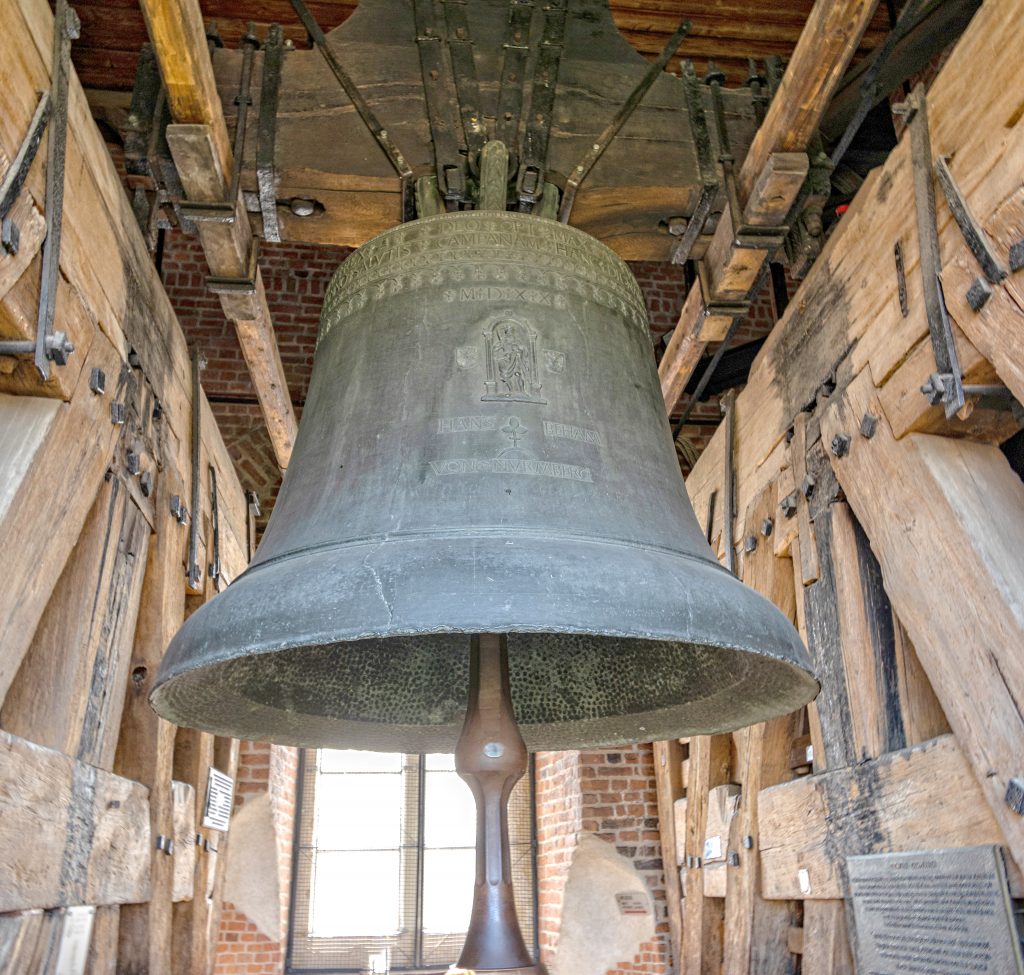 Below Wawel hill is a series of caves and caverns where legend has it that a dragon once lived. The story goes that the dragon would terrorise local villagers eating young virgins until the population had dwindled to such an extent that the King promised his daughter’s hand to any man who could kill the beast. Krak, a local cobbler, took up the challenge and fed the dragon a meal of sheep filled with sulphur. Once the dragon had swallowed the sheep they promptly exploded in it’s stomach. The dragon drank half the water of the river Wisła but it was too late. Krak married the King’s daughter, eventually became king himself and built a castle upon the cave where the dragon had once lived. The town was named in honour of the new king.

Today, there is a tour where you can explore some of the caves below the castle before meeting a real fire breathing dragon…….. 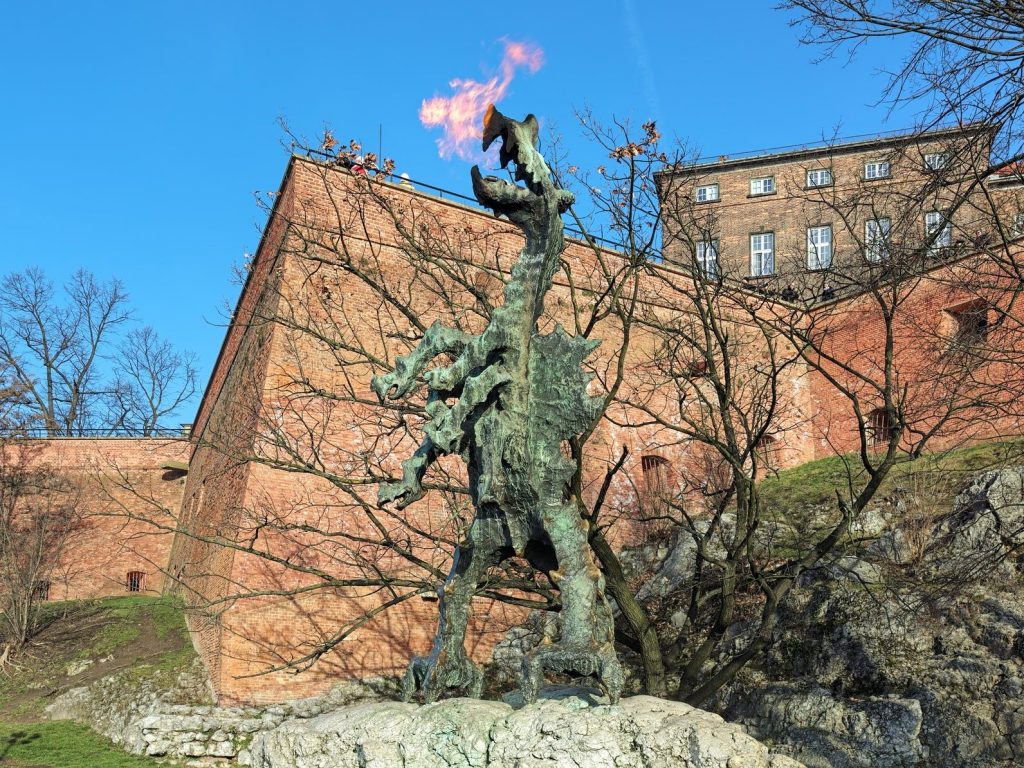