Travel news from around Poland 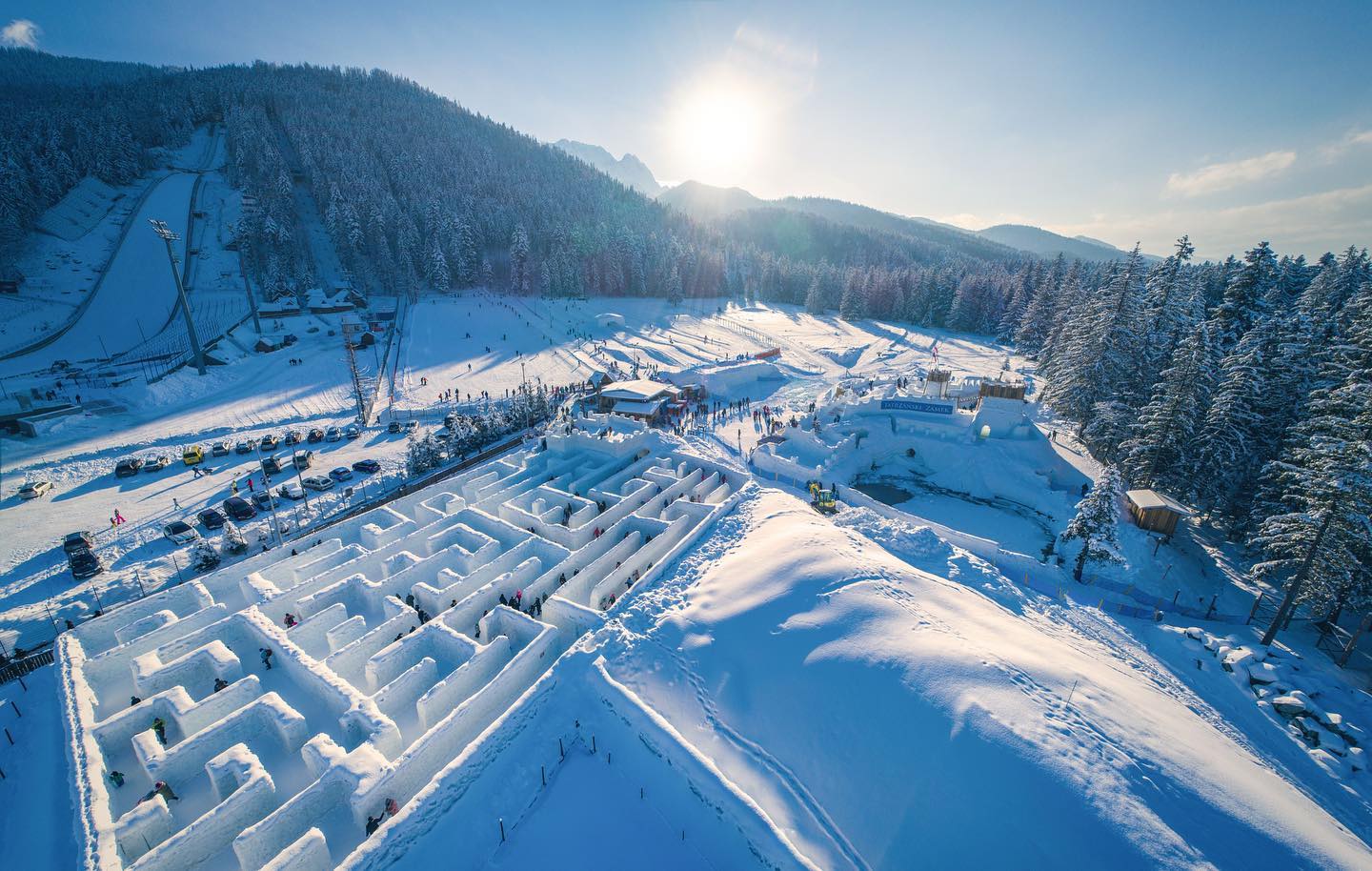 You have probably never heard of Snowlandia. In fact, you have probably not even heard of Zakopane but for every Pole Zakopane holds a special place in their heart as this mountain resort is extremely popular both in winter and summer.

Snowlandia was built a few years ago as a winter theme park to entertain all the tourists and visitors that flock to Zakopane. You may have even spotted photos of the snow labrynth or snow maze which went viral on social media.

The park is located directly under an international standard ski jump known as “Wielka Krokiew”. If anyone is a fan of Ski Sunday then you may well have watched ski jumpers compete here. Thankfully, Snowlandia does not operate when the ski jumping competitions are taking place so you do not have to worry about a ski jumper landing on your head.

Although the snow in the theme park is real snow it is actually artificially created in order to ensure that there is no shortage of snow on the attractions. However, the snow can only be artifically created when the temperatures are below zero.

The snow maze at Snowlandia claims to be the largest snow maze in the world and at over 2500 square metres then nobody is going to dispute that claim. 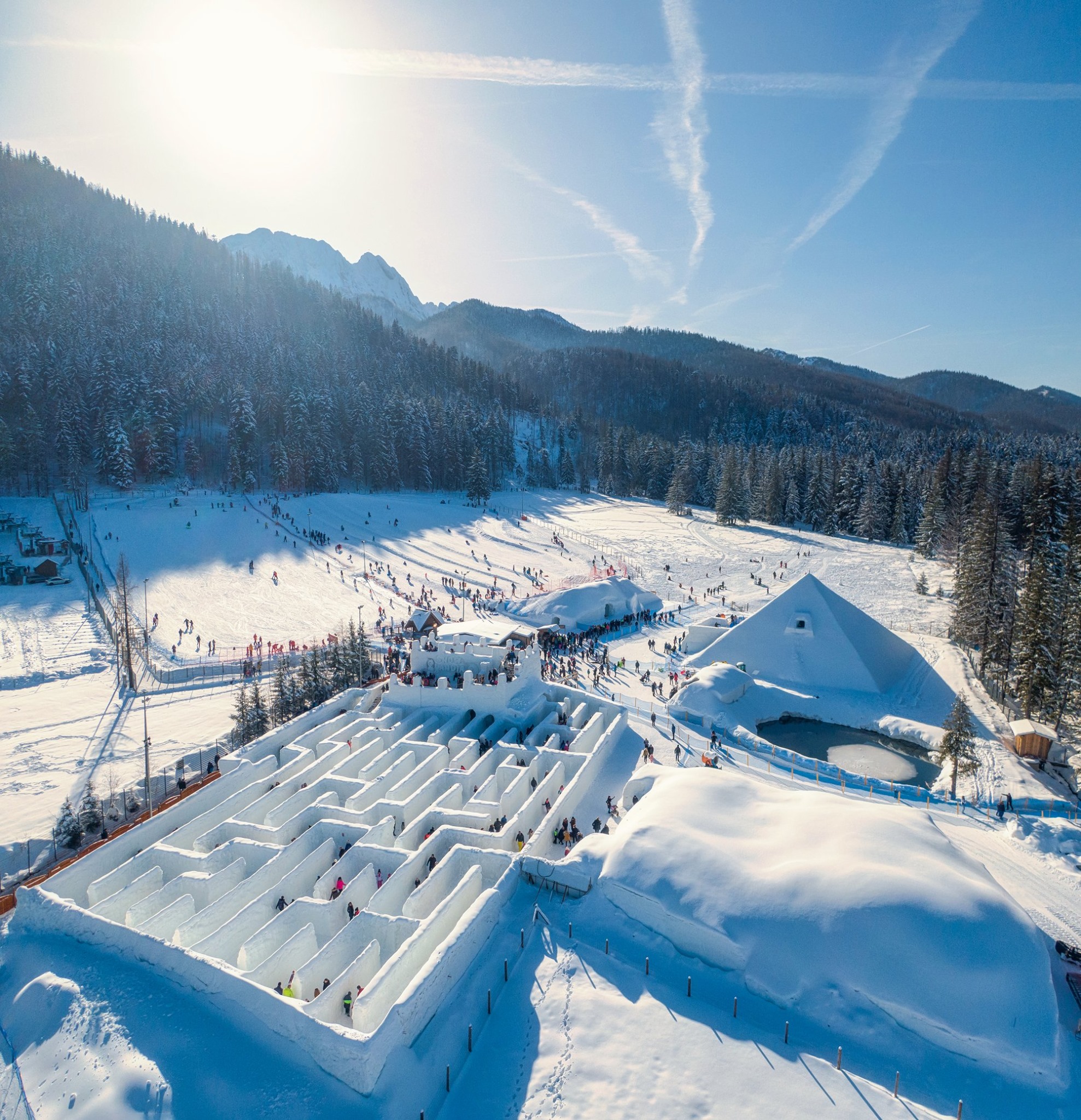 The labrynth is only part attraction at the park. Another popular feature is the snow pyramid. The simplicity of the structure from the outside disguises the fantastic interior which is filled with secret ice chambers, snow tunnels and carvings and sculptures mostly in keeping with the Egyptian theme……but there are some surprises. 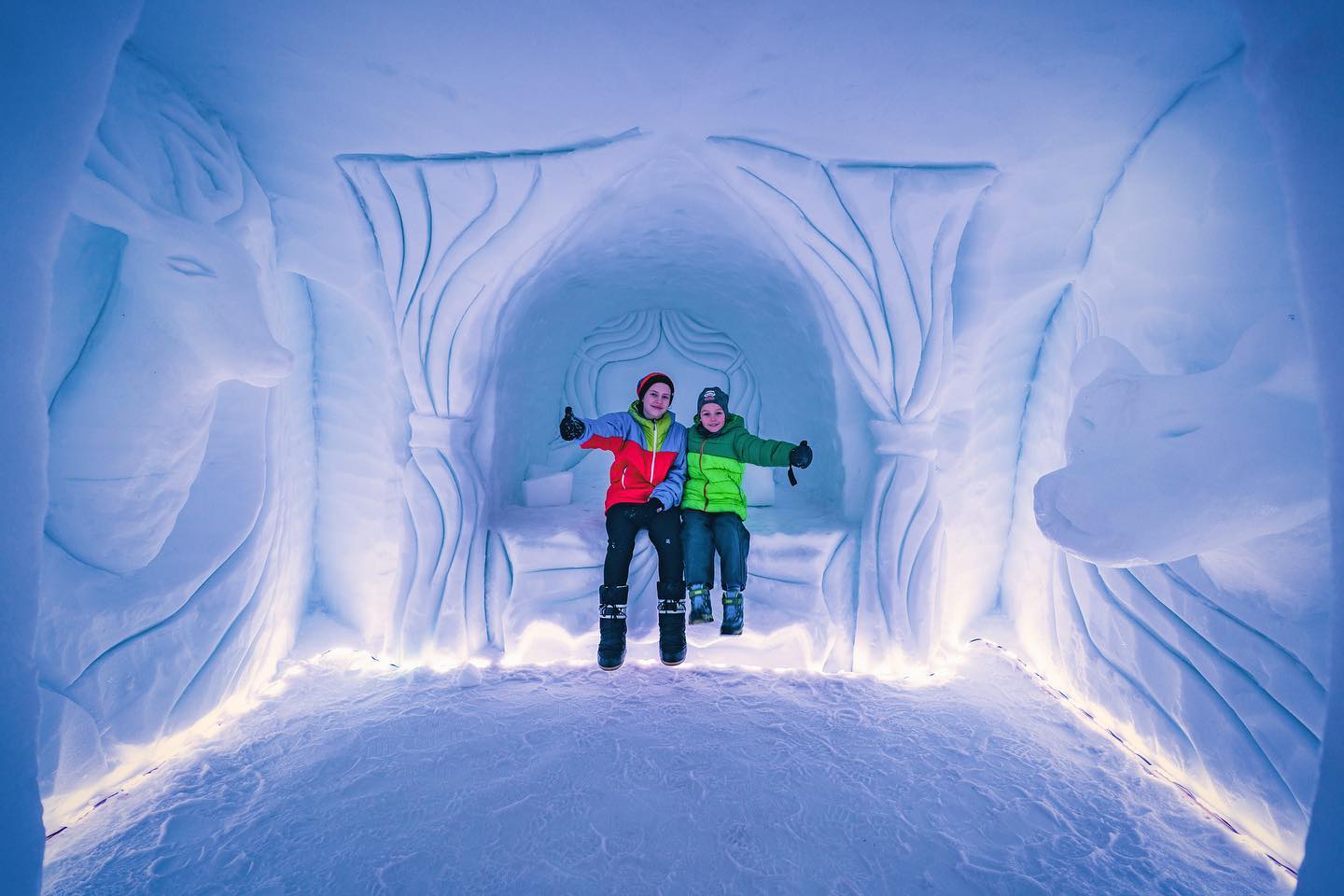 You can also find a child friendly toboggan run and there is even a mini-zoo featuring many of the animals that live naturally in the Tatra National Park surrounding Zakopane. 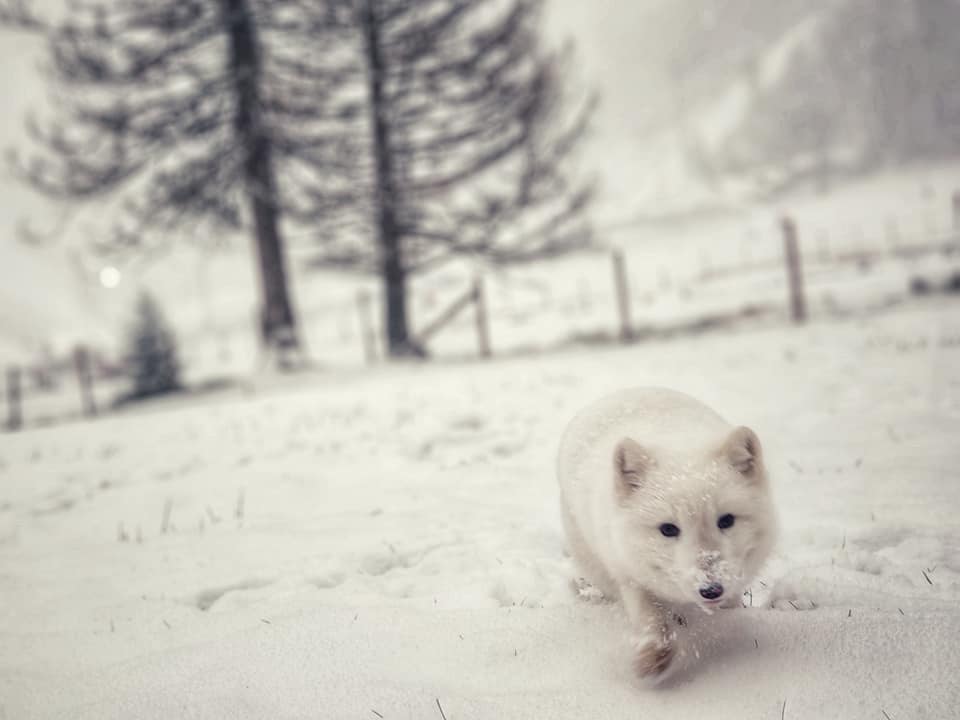